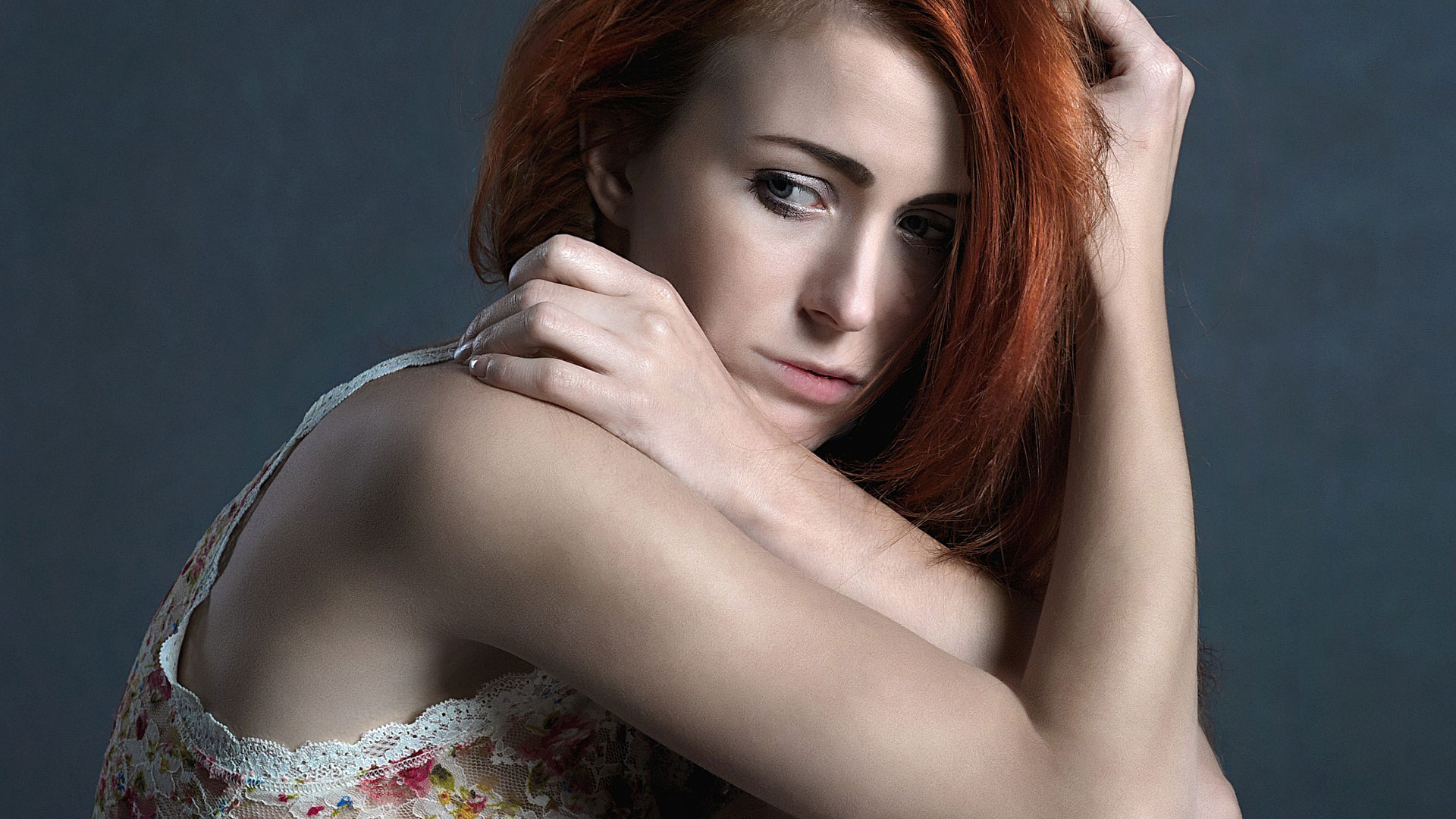 BACKGROUND: Excoriation disorder (ED) is characterized by recurring excoriation of the skin resulting in tissue damage, usually associated with emotional deregulation. Psychotherapy is a valuable treatment; however, no studies emphasize the patients’ interactional aspect, nor the potential benefit of group treatment.

METHODS: We recruited a convenience sample of 38 individuals with ED according to DSM-5 criteria, in which 19 individuals proceeded to treat- ment, 10 with psychodrama group therapy (PGT), and 9 with support group therapy (SGT) in an open pilot study.
RESULTS: The entire sample presented improvement of skin excoriation on both self-report and clinician rating and improvement of social adjust- ment; however, there was no difference between groups (ie, time × group interaction). Also, there was no relevant change for anxiety, depression, or emotional regulation throughout treatment. Emotional deregulation was associated with excoriation severity as well as depression, anxiety, and social maladjustment, both at the beginning and end of treatment.

CONCLUSIONS: Although both groups showed improvement of skin pick- ing, the results contradict our primary hypothesis that PGT would have a superior efficacy to SGT for patients with ED. The findings encourage future studies of group interventions for ED in larger samples with a focus on emotional regulation enhancement.

INTRODUCTION
Excoriation disorder (ED) is characterized by recur- ring picking, skin lesions, and frequent and frustrated attempts to cease this behavior. Excoriations may be associated with several feelings, including anxiety and boredom. Individuals with ED may present different lev- els of awareness of this behavior, varying from focused and even automatic excoriation, with low awareness level. According to DSM-5, ED is diagnosed according to the following criteria1:

tress or impairment in social, occupation, or other impor- tant areas of functioning

• the skin picking is not attributable to the physio- logical effects of a substance (eg, cocaine) or other medi- cal condition (eg, scabies)

• the skin picking is not better explained by symp- toms of another mental disorder (eg, delusions or tac- tile hallucinations in a psychotic disorder, attempts to improve a perceived defect or flaw in appearance in body-dysmorphic disorder, stereotypies in stereotypic movement disorder, or intention to harm oneself in non- suicidal self-injury).

Studies indicate the prevalence of ED is 1.4% to 5.4%2,3 among the general population; the majority of affected individuals are female (65.5%)2 and Caucasian (87.5%).4 Excoriation disorder may initiate at any age, but generally begins in adolescence between age 12 to 15.5,6 Not rarely, it develops as a result of a dermatological problem, such as acne.7

Excoriation disorder is associated with a high index of comorbidities8; the main disorders are anxiety, depression, and obsessive-compulsive disorder (OCD).3 Excoriation disorder also generates psychosocial difficulties, including the avoidance of social events and engaging in intimate relations (due to the excoriations),9 and considerable suf- fering due to feelings such as guilt and shame.10

One of the hypotheses for the repetitive excoriat- ing of the skin is that this has the function of affect regu- lation. Similar to trichotillomania and nail biting, ED is a type of denominated body-focused repetitive behavior (BFRB), which constitute recurring, problematic, and self- harming habits. Individuals with BFRB have difficulty in handling their affect regulation and, when they undergo negative feelings, they use BFRB to dodge, modulate, or

alleviate negative feelings. The behavior persists despite the negative consequences, because it is reinforced by the escape or distraction from the undesired emotional state. Frequently, BFRB has emotional triggers, including frus- tration, boredom, dissatisfaction, and impatience. Guilt, shame, sadness, and anger may develop during or after the behavior, as well as feelings of indifference or relief.11-14

Some individuals with BFRB demonstrate a form of perfectionism characterized by difficulty relaxing, inability to plan and accomplish tasks, and unrealistic expectations of always being productive. Consequently, they are suscep- tible to frustration, impatience, and dissatisfaction when their goals are not completed, and boredom when the goal is impossible.15 Therefore, the frustration of an individual with BFRB is generated specifically by dissatisfaction with his or her own performance,16 and the repetitive behaviors alleviate the negative effects, and at the same time they offer the feeling of “accomplishing something.”13

Dissociation also is a symptom of emotional dereg- ulation. This typically occurs in severe stress situations, when emotions are at their extreme. Dissociation is defined as the rupture of the normally integrated func- tions of awareness, memory, identity, or perception. The slight efficacy of the treatments for BFRB may be attrib- uted to the absence of a specific approach for this emo- tional regulation deficiency.17

Present literature on psychotherapeutic treatments for ED focuses on behavioral techniques and methods, with and without the use of medication.18 Among the behavioral methods utilized is differential reinforcement of incompatible behavior, which focuses on the reinforce- ment of physically conflicting behavior with undesirable behavior (in this case, skin excoriation)19 and differential reinforcement of other behavior, in which some behavior is stimulated, after the cessation of the undesirable behav- ior.20 Studies also mention acceptance and commitment therapy (ACT), which involves procedures for strengthen- ing values and life goals, preparation to accept and deal with internal adverse feelings, and management of rigidity of thought associated with the excoriation behavior, as well as acceptance-enhanced behavior therapy, which con- sists of a union between ACT and a traditional behavioral approach called habit reversal treatment.21 Habit reversal treatment is the most studied treatment for ED; it covers several strategies that target the immediate and lasting reduction of the undesirable habit by raising the individu- al’s awareness of the moment when the excoriation behav- ior is most likely to happen, through the identification of

triggers and the acquisition of new and competing behav- iors (such as fist clenching), as well as aid from close con- tacts, who may help point out when a excoriation moment has started.22

Although ED is being increasingly researched, there are yet few studies of ED that were controlled clinical trials and featured significant samples, which makes it difficult to reach any conclusions, both regarding phar- macologic treatment as well as psychotherapy. A system- atic review and meta-analysis concluded that insufficient evidence exists to safely affirm that specific treatment is clearly superior to control, mainly in relation to treatment with medication.23

Existing literature tends to focus on the individual’s repetitive behavior that produces lesions on his or her skin, without being concerned with the psychopathologi- cal factors that are subjacent to this state. The efficacy of treatments that target the potential relationship between the severity and frequency of the excoriation behavior with the problems of emotional regulation, affective dis- sociation, and interpersonal difficulties that are charac- teristic of these individuals has not been evaluated.17

Also, to our knowledge, there has been no previous report on the use of group psychotherapy for ED. One of the advantages of group treatment is its interactive focus, which facilitates the development of basic social abilities and the possibility of recognition, learning, and correction of communication deviations in participants’ interper- sonal interactions. Homogeneous groups that focus on one disorder only have the advantage of more rapidly pro- viding cohesion, support, and relief of its members’ symp- toms.24 The treatment structure, with a pre-determined number of sessions, facilitates the acquisition of a sense of personal responsibility, with a catalyzing effect for the desired changes, in addition to the opportunity for taking responsibility for one’s well-being towards the end of the process, with the integration of the content covered dur- ing the psychotherapy course.25 Upon becoming aware of their interactive deficits and their relation to ED, individu- als start dealing with these underlying features and may achieve improvements beyond the target symptoms.26

Psychodrama methods are rich in expression and transcend mere verbal expression. Information about the group’s individuals is explored and considered in dimen- sions beyond what is said, but also in how it is said, con- sidering elements such as corporal expression of each participant and of the group, including its movement or its silence.26

In its psychotherapeutic approach, psychodrama operates with facts and situations brought by the patient, mainly taking into consideration the “here/now” in the patient’s relations and emotional experience together with a cognitive comprehension of the lived experience. The present quality of the experience makes it emotionally more intense and, therefore, more susceptible to transfor- mation and fixation of the new experience.27

Role-playing, one of the psychodrama methods, helps the participant to develop the ability to deal with specific situations, which may be simulated similarly to how they would occur in real life. The participant experiences and plays a specific role, perfecting their performance in a situ- ation with which he or she has difficulty, in a quicker and more protected manner than in real life.28

Another advantage of psychodrama is the principle of therapeutic interaction, which is the establishment of a group culture that considers that any group member may generate a therapeutic effect, and not only the therapist.27

With the goal of creating a basis for a future controlled, randomized investigation of psychodrama group therapy (PGT) for the treatment of patients with ED, we formulated a PGT program for ED and another for a controlled condi- tion support group therapy (SGT). Both interventions con- sisted of 20 sessions and were tested in a group of patients who sought treatment for ED in a public university treat- ment center.

The goal of this study is to report the therapists’ expe- rience in carrying out the treatment and to preliminarily offer some comparative measures of efficacy for these 2 pilot interventions. As a secondary goal, we compared the severity of the excoriation behavior with measures of emotion deregulation, anxiety, depression, and social adjustment in order to further test the hypothesis of an association between ED, affect regulation, and interper- sonal difficulties. 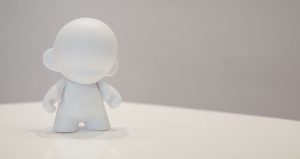